I’ve just come back from traveling the world.

No, seriously. I took a month long road trip that spanned eight thousand miles and seventeen states. It was one of those once-in-a-lifetime experiences in which I visited a few friends along the way, but also spent a solid two weeks literally living out of my car.

I think it’s the whole sleeping in the car thing that has led to the general consensus that I might be insane. Mostly, I just wanted to take an epic road trip without completely breaking the bank, and, hey, I didn’t die, now did I?

As I detailed my plans and/or recounted my travels, the phrase that kept resurfacing from the lips of friends and strangers alike is, “I would never be brave enough to do something like that.”

I had nothing to say to this. Mostly because I know there was nothing I could have said to myself when I first had the idea to maybe take off four years ago. As much as I wanted to go, I wasn’t quite ready to tackle such a venture on my own. I may have been the girl who toted “fearless” like a battle cry, but there was still a whole lot of fear in me.

The biggest thing I learned about myself on this journey is that I’m not afraid anymore. The things that used to strike fear into my heart didn’t even make me flinch. They made me excited instead.

I didn’t feel brave packing up half of my wardrobe and leaving behind the familiar in search of new sights. I felt relieved. Like staying wasn’t even an option anymore because going felt so necessary.

I needed that week in Kansas. I needed the chaos of shoving 30+ people in one home where you whisper, “Praise Jesus” upon finding an unoccupied bathroom. I needed the hugs and the laughter and did I mention the hugs?

I needed to hit the road and drive across countryside that looks nothing like I’ve seen back East.

I needed to hike high altitudes, and venture deep into caverns, and walk along shorelines my feet had never touched before.

I needed to get out and live because sometimes staying rooted in one spot feels more like withering away.

So I don’t know what to say to those people who aren’t there yet—the ones who think they can’t be brave—except this:

What I wished as I sat overlooking a canyon at Zion National Park was that I would have been braver ten years ago. Maybe not to the point of packing up my life and hitting the road for a month, but in smaller, seemingly insignificant ways.

I wished I wouldn’t have always played it so safe and smart and practical.

There’s a time and a place for that, but it took up so much room in my life. Letting go, leaving all of that behind… I feel like a whole new person. And I like this person a whole lot better than the girl from before.

She’s happier. She’s a heck of a lot more fun. And she doesn’t feel stuck in a life she never wanted for herself.

She’s finally fearless in all the ways she wanted to be all those years ago. 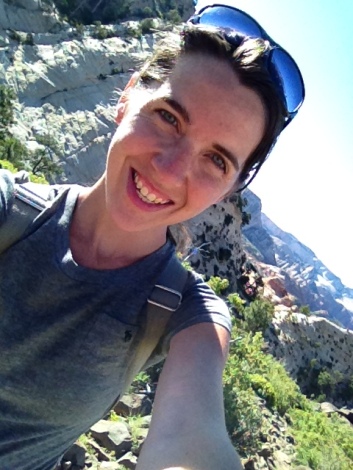 Like most of us, Kismet’s best qualities are also her worst qualities, but this little alpha can be an amazing work horse when she wants to step up and get the job done.
I’m not the biggest fan of memoirs because they often tend to feel (in my opinion) sloppy and unfinished. But this story of adoption... of a woman who tried to find her sense of belonging by embracing both of the worlds that made her... this one is a true gem. #mustread #allyoucaneverknow #nicolechung
Our newest edition to the program is nameless, so of course Levi asked me what I decided to call her (because “the black filly” simply will not do). I’m not sure that it was my decision so much as this little moon goddess named herself, but as long as she’s in our custody, she is answering to Selene. 🌙
Guess who got to ride her pony for the first time ever today? She still needs a lot of training, but her gait is so smooth and I’m really happy I picked her. 😊